16/07/2015/in International /by CisionNL
[Auf Anregung der Bloggerin haben wir dieses Interview zweisprachig veröffentlicht. Die deutsche Version finden Sie hier.]
Following our conversations with All You Need Is Style, Beauty Co.Co and Smells Like Fashion, we spoke to Greek fashion blogger Alexia Zaradouka of Miss BlouBlou. Alexia started her Greek- and English-language fashion blog in 2013 as a hobby, intended to provide fashion and beauty tips to her readers. Due to her blog’s recent spike in popularity, she has decided to devote herself to it full-time and has worked with some popular Greek and global brands. Before she started blogging, Alexia studied Public Relations and Communication, worked as a PR manager for Greek beauty and fashion brands and has been published on several popular Greek websites. In our interview, Alexia expressed how the current situation in Greece is being discussed in social media and what effects the crisis has had on the media and culture of her home country. 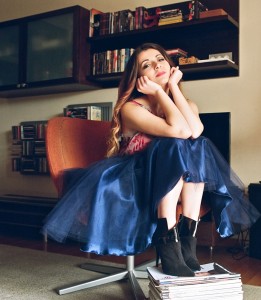 Things were really hard before, but now the situation – as it seems, is only getting worse. Of course we’ve had to do something about it and try to make things get better, but the Greek banks are now about to crash, Athens’ control isn’t the best thing ever, and if the daily limit of permissible withdrawals falls even more, Ι honestly don’t know how a family of four can cover their daily expenses. Things are really fragile. As for me and my blogging – which is what Ι do for a living – things were going quite well this year in comparison with the year before, but now, as in every profession here in Greece, lots of projects have been postponed after the announcement of the Greek referendum. We had a tough year, and a break from all of these difficulties would be great. But even if the banks were to open, the situation is so hard at the moment that ethical reasons may not allow us to enjoy the “free” sun, sea, hospitality and beauty of Greece in the summer.

I have been blogging for two years now and even when I started, the crisis was already here. I didn’t want to promote only luxurious brands, because I believe there is no point in suggesting to someone they buy things that they can’t afford. I tried to be honest to my readers from the beginning. I also try to do smart combinations of normally priced brands and some slightly more expensive items in every outfit post. For example, a bag or a nice pair of shoes is always a good investment for your wardrobe, but there is no reason to spend a fortune on a new dress. I also believe that a good sense of style and smart purchases can keep a balance between your wardrobe and your wallet. A vintage or second hand dress will not look cheap or ugly if you wear it with your favorite branded bag. But your expensive bag will look totally fake if you overdo it with an outfit that lacks style and doesn’t express your personality.

There are always two sides to every story. There are people who really want to read something nice, distract their thoughts for a while, and have some fun, and there are also people who judge everyone – not just bloggers – who isn’t posting about politics these days. Personally, I haven’t had a bad experience yet, because I believe that the readers can understand that blogging is a job like any other, and as everyone has to go to their work every day, so we have to post our content.

I freaked out a lot of times last week. I try to be informed about the situation and stay focused on media that seems to be objective, but how can you be sure that one media organisation or the other, no matter if it is Greek or foreign, doesn’t gain a profit from releasing specific information?

It is difficult to avoid the Greek media. From last week, I’ve watched the news on TV and at the same time read the press on the internet all day long. But I prefer the internet, of course, particularly CNN, BBC, and some Greek websites. 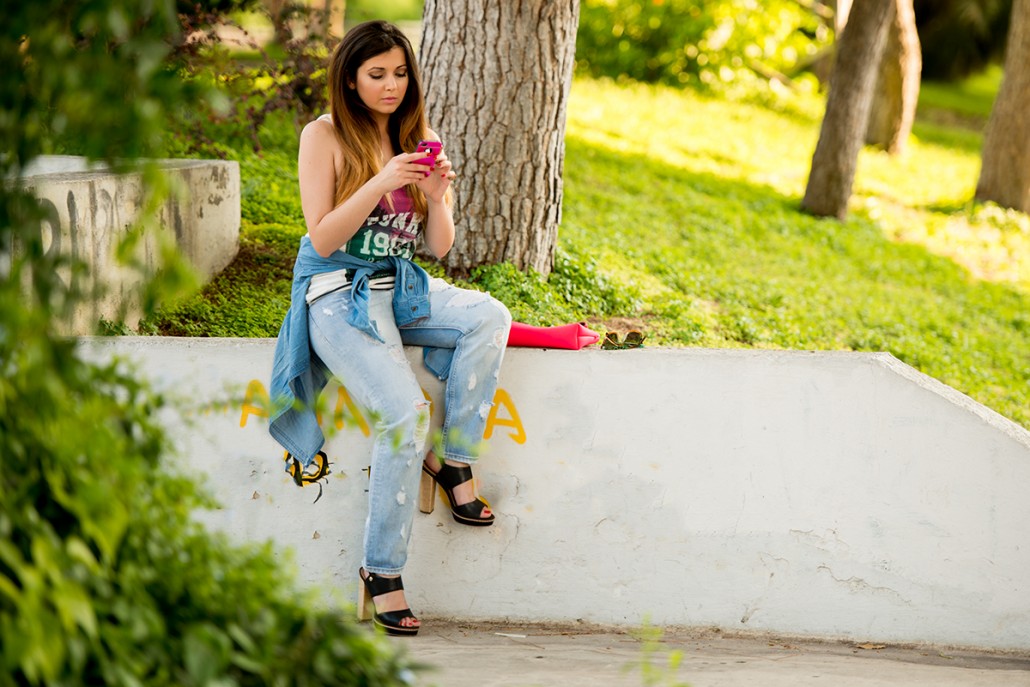 Blogging in Greece is popular, and social media have created a space for information and dialogue. In order to motivate people, lots of protests and events are organised through social media (especially Facebook). The opinions of all kinds of bloggers are now more important than ever and display elements of their personality that were not previously expressed. They post their opinions, participate in events, and encourage dialogue in their own social channels. We have many citizens active on social issues, expressing their opinion through social media (Facebook and Twitter, mostly). Because of the intense public interest in information, the participation and interactivity generated are enormous.

It has already changed and is still changing every day. Traditional media are using their power to promote certain information, often directing the public to one side or the other. All this communication came to social media and more generally to digital media, where people have more freedom to express their opinion. The content produced in traditional media is the subject of intense criticism in digital media, while public participation is gigantic.

What is your response to the results of yesterday’s referendum?

I believe that staying in the eurozone is the best for us at this period in time and under these circumstances, but we can’t handle another bad deal which would be hard for our country. I hope that our government can achieve a good agreement, because I cannot imagine how things would be outside of the eurozone.

We are experiencing a tough situation. But who could even imagine that in 2015, friendships could be ruined by a simple “yes” or “no”? The referendum showed us that it wasn’t only “Greece against the world,” but it was also the Greeks against themselves, putting away their good manners. And you know what? This is really weird, because we live in a country where people are so emotionally and financially dependent on their families, even people in their forties and since before the financial crisis, and at the same time, even though the “yes” and the “no” people are in the exact same situation, they feel like they have nothing in common. But they do have something in common: A lack of manners and a lack of information. Even now, after all this time, we haven’t realized that all the serious issues in life come from a “yes” or a “no”, as long as you know why you chose the one or the other. We have missed the point. This is not just a financial crisis. It is also an internal crisis and a personal crisis for each one of us. It’s a lesson for all of us. I hope we won’t waste this opportunity.

Thanks to Alexia Zaradouka for her perspective and this compelling conversation. We wish her all the best for her blog, her studies and the future.